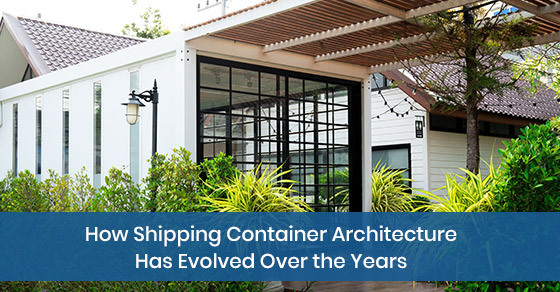 These designs are inspired by:

Malcolm McLean developed shipping containers in 1956 for shipping, but it was not until the late 80s when other applications of these solid metal structures began to emerge.

With the growing popularity of shipping containers and the innovative ideas of Clark and other like-minded people, it was only a matter of time before creative minds developed new uses for these incredibly versatile and durable steel boxes. Thus, making them a fantastic raw material for different kinds of projects.

Shipping containers are becoming a common site for homes and buildings, displaying various architectural designs that can be used as affordable homes, trendy restaurants, mobile clinics, and so on. Their easy availability and affordability mean that just about anyone can get one and transform it to their liking in all manners of creative projects.

Another common repurposing project for shipping containers is the design of sculptural art, which makes recycled metal containers a source of raw material for art and commerce.

Other shipping container architecture trends include:

The Inspiration of Modified Containers

Although Clark was granted the patent for the technique for creating a habitable building from a container in 1987, other innovators before him had similar ideas:

There’s a surge for shipping container builds in the 21st century, inspired by creative applications of the 20th century. These include builds such as humanitarian homes and emergency shelters, as well as the recent green and sustainability drive that emphasizes recycling and repurposing.

With shipping containers in Alberta, you can proceed with your modular construction that uses kinetic architecture and flexible updating options while maintaining structural integrity for long-term use.

To learn more about how shipping container architecture has evolved over the years, call Secure Container at 416-817-3216 or contact us here.